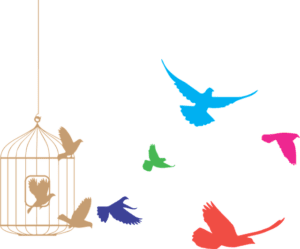 Long ago, a church started a soup kitchen. Years passed, and the soup kitchen developed new and innovative ways to help hungry people. Meanwhile, the church shrank. “Our feeding programs take most of my time,” the pastor told me. “I’m proud my church is feeding people, but all this management and social work is keeping me from building up the church.”

This conversation got me thinking about a widespread issue: Churches and synagogues often serve as incubators for soup kitchens, food pantries, nursery schools, retirement homes, arts programs, and other worthy ventures. Congregations sometimes see needs sooner than the government or social service institutions do and can move to address them right away.

But no matter how strongly a social-service venture resonates with the founding congregation’s mission, the Parent congregation never is quite the same as its Child—the social-service venture. As with real parents and their children, they develop different values and interests. Sometimes they come into conflict—often over scarce resources like money, time, and space.

Sooner or later, most Parent congregations think about restructuring their relationship with a Child venture. One core question to address is how much control the Parent will retain—which turns out to be a fascinating, complex subject. Formal structures—such as whether the two entities have separate boards or corporations or tax status—tell only part of the story. The heart of the issue, most of the time, is how closely the Parent’s and Child’s missions are aligned.

One approach, of course, is for the Parent simply to retain control. During the 1950s and 1960s, for example, many congregations started nursery schools. Initially the schools were simply an activity within the Parent structure. Today, many of those schools (now usually called preschools or day-care centers) still run as an integral activity of the congregation.

Keeping control has many advantages. A Parent congregation that retains control can ensure that its Project will adhere to the Parent’s mission and values, limit the use of shared space, and determine how whether it will subsidize the social outreach work. Some Child activities—including day care, elder housing, and health clinics—have the potential to become profitable. If that happens, a Parent that retains control may be able to draw revenue for its other purposes.

Keeping control works best when the Parent and Child missions are aligned closely. Schools with a religious curriculum stay aligned more easily—especially when clergy and staff participate and the school feeds families to the Parent congregation.

On the other hand, most educators, left to their own devices, tend to pursue non-religious goals like educational excellence and fiscal solvency. They may drop religious content from their programs, raise tuition, and prefer the affluent over needy families. Any social-service project, as it achieves excellence in its own field, feels more separate. Like teenagers, Child programs often come to resent the Parent’s wish for information and control.

But as Joy Skjegstad put it in Starting a Nonprofit at Your Church, “Control can be a difficult thing to discuss for those with a more egalitarian view of the world.” Like it or not, though, to keep a Child in-house successfully, the Parent must be comfortable insisting on appropriate control.

Why would a Parent congregation want to give up control? The best reason is to let the Child become the best it can be. Who is best qualified to run a day-care center, health clinic, or homeless shelter? The honest answer rarely is “Whoever happens to be running our church at any given moment in the future.” Some government and foundation grants cannot go to a congregation directly but can go to a separate corporation. Holding a Child too close can limit its potential.

Another reason to relinquish direct control is to limit the Parent’s liability. Every human activity, including running a church or synagogue, involves risk. Social-service projects, because they deal with vulnerable people, carry special risks. If a client sues the Child, a separate corporation may protect the Parent. The protection rarely is complete, so you’ll want to get advice before incorporating for this reason.

You may be able to organize your Child corporation in ways that give the Parent quite a bit of control. If you’re thinking about doing so, you’ll need a lawyer with experience in congregations, nonprofit corporations, and the regulatory system in your state or province. After you have two separate corporations, you likely will need two lawyers any time you tweak the setup—one for the congregation, one for the nonprofit—so both governing boards can ensure that the arrangements honor the mission and legal obligations of each body.

Be careful about overlapping board memberships. Each board member has a “duty of loyalty” to the corporation. When one person serves on both boards, he or she is likely to face conflicts of interest on issues of common concern, including rent, operating rules, and sharing of staff and supplies. Such conflicts can be managed, but it’s wise to consider them as you set up the relationship, and reconsider them from time to time.

At some point, separation may be the best answer—at some point a child needs to become independent of the parent, even if they remain in a close relationship. Decisions about how closely to align the two should generally be guided by how closely the two missions are aligned:

It is not enough for the Parent to be proud of its historical association with the Child or to believe it does a lot of good. At some point in its life cycle, the time may come for the Parent and Child to separate and let each pursue its separate mission. The two may choose to formalize a lasting partnership—but a partnership is not control.  Over many years, a congregation may spin off a number of independent agencies it can be proud to have played a role in founding.

In a few cases—when keeping the agency in-house helps the Child to be a better social-service agency and the Parent to be a better congregation—the best choice may be to retain control long term, so that the Child remains a core part of the congregation’s outreach to its community. Keeping control has costs: the Parent must forever choose clergy and lay leaders who are qualified to run a social-service agency, and the Child may lose access to community support it might obtain if it were independent.

Parenthood is challenging! Social-service ventures often start out as internal projects of a church or synagogue. Deciding how and whether to let go of them may be among the most important social ministry decisions congregations make.