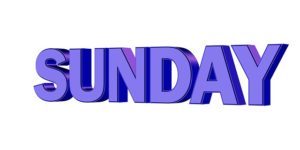 “I only have my son every other weekend and he doesn’t like church, so I don’t come those Sundays.”

This is the voice of a church member attending a committee planning session I recently led. She was clearly an active member, committed enough to the life of her congregation to spend 4½ hours talking on a gorgeous late summer Sunday when she could have been outside playing. But, as you can see, she only attends church every other Sunday at best. For her and many others, Sunday morning church attendance no longer is a primary identifier of active membership. It is now just one way among many of being active, and for some it may even not be important at all.

We all know about the role of youth sports in this shift away from Sunday morning worship attendance. When my children, now 30-somethings, were young, they played competitive soccer. And we knew that, if they played in a weekend tournament and won several times, they would end up playing in the finals on Sunday morning. But it took a lot of winning to get there! Two years ago, when my husband’s nine-year-old grandson took up wrestling as a sport, he practiced on Sunday morning.

But the shift away from Sunday morning church is about more than sports. I first noticed the phenomenon many years ago, not in a large, activity-rich city but in a small, rural Iowa town. One active family, whose children were grandchildren of the matriarch, often spent summer Sundays at the lake three miles from town! (In other words, they weren’t so far away that they couldn’t have made it back if they’d wanted to.) A young couple often visited family on weekends. Even older adults traveled to see the sights or visit grandchildren or stay with siblings who had health issues. The older adults always let people know when they were going to be out of town. The point is that even they, Sunday morning stalwarts, were somewhere else several Sundays a year.

And as I’ve started to talk about this behavior shift in my workshops, I can see that there is more going on than just the replacement of one kind of activity with another. Whenever I talk about worship attendance, people instantly own up to using their Sunday mornings to “just sit,” or “just hang out with my partner,” or “just play with my children.” They are treating Sunday as sacred, but in an era when children’s play time is scheduled while adult time off is not, what they need most is time to just stop, and church apparently feels more like doing than it feels like stopping. People are desperately seeking Sabbath, if by Sabbath we mean times of rest and freedom from work, but for many, Sabbath no longer looks like the structured religious rituals common to church.

So what is the church to do?

Well, one solution, obviously, is to cling to Sunday morning as the only appropriate time for worship. Congregations who pursue this path may find themselves asking either “What’s wrong with her,” about the person who doesn’t come as often as they would like, or “What’s wrong with us,” if their perception is that people are still going somewhere every Sunday but, since they’re not here, they must be somewhere else. Sadly, as they pursue who’s at fault, they may never realize that nothing is wrong with anyone. Behavior patterns have simply shifted over time.

Another option, though, might be to provide an opportunities for worship at times other than Sunday morning. In 2006, for example, I lived three blocks from the cathedral in St. Paul, Minnesota, and I stopped to pray every morning on my way to work. I realize that this might not count as worship to everyone since there was nothing communal about it, but I had a ritual, I was never alone, and this was a worship time that I could manage because it was literally on the shortest route from my home to my job. If we think of Sunday as the only appropriate time for worship (a perception Catholics discarded generations ago), we are essentially giving up on all the people for whom Sunday morning either never worked or works no longer.

And speaking of what counts as worship, perhaps it doesn’t always need to look like a traditional/contemporary/alternative combination of performance, preaching, and prayers.  Can worship look like praying by myself as others pray in other parts of the space? Can it look like Bible study at a coffee shop? Like theological discussion on Facebook? Like occasional rather than weekly gatherings? Like a prayer walk with friends? Like quiet time at home with children that is supported by online lessons for parents?

Obviously, the combination of Sunday and church is still sacred for many. For them, Sunday morning worship is still here, just as it has always been. But at least for now, attendance at Sunday morning worship doesn’t work for many people, most of them not atheists. We can sit in our pews and wait for the world to change back to the way it was, or we can find new ways to encounter all these children of God who would love to talk to God or even talk to us about God but who may never join us in church on Sunday morning.