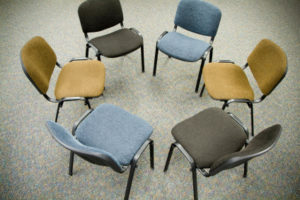 While the great religious traditions teach the importance of compassion and reconciliation, what is often missing among the adherents of those traditions are practical ways of embodying compassion and striving for reconciliation. Restorative practices are increasingly being appropriated in local congregations as they offer effective mechanisms for compassionate communication and restoration of relationships.

Over the last 30 years, the principles and practices of Restorative Justice have infiltrated multiple institutions—most notably the criminal justice system and schools and universities across the world. When an offense has occurred, restorative practices address the harms that have occurred and the need for an offender to take responsibility for his or her behavior. Restorative practices are also concerned with the needs of those who have been harmed and the community or organization of which they are members. These needs and harms are discussed by participants in a circle process or “conferencing” session in which structured conversations (often using a talking piece) take place, and understandings or agreements are reached by the participants themselves.

In the last decade, many religious congregations have also appropriated the principles and practices of restorative justice. Even when no “offense” has taken place, the introduction of a talking piece and several simple ground rules can transform conversations about sensitive issues. In their book Transforming Church Conflict: Compassionate Leadership in Action, Hunsinger and Latini (2013) provide clear guidelines for creating “Compassionate Listening Circles” that incorporate restorative practices. As the authors note:

If universal needs represent qualities of life in the kingdom of God, then compassionate listening circles provide a concrete means for congregations to strive for God’s kingdom of peace. As members recognize the needs most alive in their own hearts, they might gain the insight that these are also the needs of those with whom they (perhaps vehemently) disagree. In this way, they might recognize anew their profoundly mutual involvement in the kingdom (p. 192).

Temple Shalom offers evening classes for both children and adults, and recently one adult class decided to collectively read a book that proposed theological interpretations that challenged traditional orthodoxy. Each week the teacher would give a brief summary of the chapter assigned for that week, and then passed a talking piece around the circle of participants giving each participant the opportunity to comment or to silently pass on the talking piece to the next participant. The teacher reported that she had never experienced such rich perspectives in response to a book study, as it was clear each person felt that his or her contribution would be honored and not discounted by other participants.

While a restorative congregation will incorporate the use of restorative practices, it may also experience a cultural change at an even deeper level. While I have never witnessed a congregation that I would call “completely restorative,” I have been privileged to accompany (and attend) several congregations that I believe are committed to becoming “more restorative.” All three of these congregations shared the following traits:

This combination—of leadership commitment to being restorative along with structures and culture that support that commitment—is rarely encountered in modern congregational life. I would estimate that about 10% of the congregations I’ve accompanied over the last 30 years are actively working to become more restorative. Yet the impact on members and the broader community of such a commitment are profound. Congregational members report an increased love and respect for each other and the faith community of which they are a part. Community members sense that something has changed within the local congregation, and the reputation of the congregation in its own community can shift dramatically.

Becoming a more restorative congregation is a journey, and like every journey it begins with a single step. Making the decision to become more restorative is the first step. For congregational leaders, I would particularly recommend chapter 10 of Hunsinger and Latini to assist in making that decision.

[box]David Brubaker has consulted on organizational development and conflict transformation in the U.S. and in a dozen other countries. He is the author of Promise and Peril, an Alban book on managing change and conflict in congregations. David holds a Ph.D. from the University of Arizona and an MBA from Eastern University, and currently serves as associate professor of organizational studies at Eastern Mennonite University. email David[/box]