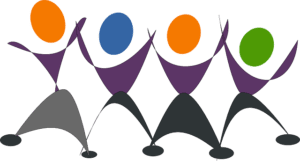 Almost every congregational staff calls itself a team. But are they really teams? In many, perhaps most cases, staffs have hierarchical leadership with staff members working in “silos.” When this is the case, they are not teams. What are some key characteristics that reveal whether or not a staff is a team?

Some people equate teams with the lack of a strong individual leader. In fact, effective teams usually have a team leader who has significant sway over the team and its performance. The team leader helps the team to stay focused on its task, ensures the team has the resources it needs to accomplish its mission and coaches the team.

Clarity of purpose is the single most important thing a team needs to be successful. As a team, does your congregational staff have a clear idea of what the team, as a unit, is supposed to accomplish? If not, setting aside time to determine the team’s purpose is a crucial task for early 2019. Traditionally, individual staff members have personal performance goals for a year. However the staff as a whole rarely has performance goals for itself. The staff team’s goals and the goals of individual staff members can be integrated by the team having sharp clarity of purpose. When all members of the team are working toward the same purpose performance is greatly enhanced.

The next key step is to assemble a staff team with the necessary skills to accomplish the purpose. In a congregational setting, the head of staff is typically in charge of hiring and recruiting staff members. The head of staff may also be empowered to remove team members who limit the team’s performance by not doing their specific work well. Teams with members who lack the right skills or perform ineffectively as team members will struggle to achieve their purpose.

The team needs to determine what resources (people, money, technology, etc.) it needs to perform its task. Typically, the team leader interacts with the organization to ensure that the team has the proper people and resources to do its work. This frees team members to concentrate on doing their work rather than complaining about outside interference or a lack of resources.

All teams need coaches. Typically, coaching is at the heart of the role of a team leader. The leader needs to coach members individually and the team as a whole. Coaching of any type is a highly developed skill. Without the proper coaching skills, it is easy to fall into the trap of micromanaging team members in an attempt to improve team performance. There is a mountain of research demonstrating that such micromanagement is counter-productive. It decreases rather than increases the desired work output. An article in Forbes notes, “Groups that adapt to a micromanagement style are either quietly rebellious or hapless, unable to make any independent decisions.” The art of coaching is to influence, without dictating, behavior. Heads of staff can develop their coaching skills with the assistance of many great books on coaching. One highly rated book is The Coaching Habit: Say Less, Ask More & Change the Way You Lead Forever by Michael Bungay Stanier.

High-performing church staff teams have members with well-defined responsibilities and tasks that, if accomplished, will enable the team to realize its goals. However, team members cannot be focused solely on doing their own jobs. They are also concerned how the team, as a whole, does its job. This dynamic can lead to conflict as team members hold one another accountable for the performance of the team. Bruce Tuckman calls this team “storming” which, if handled properly, leads to higher team performance. Jesus wasn’t afraid of conflict with his “team” nor have other great leaders been afraid of internal team conflict. Great team leaders and teams transform conflict into high performance.

When it comes to evaluating success and failure, a team-driven ministry is less individualistic in its approach. A team member will not say, “I am doing my job. It isn’t my fault the team (or congregation) isn’t succeeding.” If the team is struggling, it is the responsibility of each team member—even those who are performing well as individuals—to help identify the problem and work with the other team members to make the changes needed to realize success.

A focus on team rather than an exclusively on individual performance fosters creativity. Members begin to make suggestions about how the team can function better, rather than having such suggestions come primarily from the head of staff/team leader. Members notice ways the team can become more efficient and suggest ways to improve team performance. In other words, the leadership function is shared within the team. Leadership is no longer top-down. It is horizontal within the team.

The only place this question is asked is in congregations! Businesses have largely moved to teamwork to accomplish goals, as have most non-profits and the U.S. military. The U.S. sent an army into Afghanistan to capture Osama Bin Laden but never succeeded. Years later, a highly trained team got the job done. To wonder whether or not teams work is simply archaic. They do. The only question is, “How quickly can we start using teams the way high-performance organizations use them?” Moving to team-driven congregational performance is a great goal for a new year.

John Wimberly is the author of the new Alban book Mobilizing Congregations: How Teams Can Motivate Members and Get Things Done. He consults with congregations on issues such as the creation and implementation of strategic plans, congregational growth and the empowering use of endowments. John served congregations for 38 years, 30 of them at Western Presbyterian Church in Washington, DC. His quest for continuing personal, spiritual and professional growth led John to complete a PhD in systematic theology and an Executive MBA program.[/box]