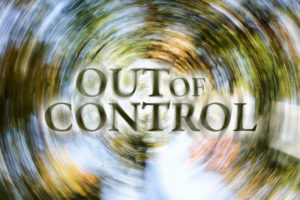 When a congregation’s leader starts to exhibit strange and harmful behavior, the experience can be frightening and divisive. To reduce the harm such a spinout can do to the congregation’s long-term health, others must face up to the situation promptly and take firm steps.

Here is the story of one congregation’s experience of an out-of-control pastor:

Frank Jones was the successful CEO of a family-owned construction business when, at age 50, he felt a call to the ministry. Frank prepared his son to take over the business while he pursued seminary studies. Several years later, with an M.Div. degree and decades of leadership experience, Frank felt prepared to lead a large congregation.

A different kind of pastor

It didn’t take long, however, for congregational members to realize that Pastor Frank was different from their previous pastors. During his first week in office, Frank demanded the resignations of the existing pastoral and program staff. Pastor Frank explained that he “wanted to build my own team,” and that staff members could apply for their previous positions. Ultimately only two of the eight professional staff members were retained.

Pastor Frank also set about “revitalizing” the congregation’s three Sunday morning services and one Saturday evening service. He began by replacing a beloved choir director with a much younger “contemporary music leader” to attract more youth and young adults. When questioned about the pace of the transition, Frank explained that “when a congregation is dying, we can’t dilly dally on the way to the hospital.”

After the initial shock of the dramatic staff turnover and changes to congregational worship, many members expected that things would slow down. But Pastor Frank had only begun his “complete transformation” of First Community. He restructured the church board and named himself “Executive Pastor and Chairman of the Board.” Grumblings in the congregation began to escalate, as some whispered allegations of a “power grab.”

One of the two professional staff members who had been retained—Alice, the director of adult formation—noticed troubling signs in Pastor Frank’s behavior. He seemed particularly attentive to the young women in the congregation, and would often insist that only he could provide pastoral counseling for them. One day, when passing by his office, Alice thought she caught a glimpse of a pornographic picture on Pastor Frank’s computer.

Despite these concerns, First Community Church was in a growth mode. New families and young people were attracted by the revitalized services and praised Pastor Franks’ powerful sermons. And the church board unanimously agreed with Pastor Frank’s proposal to enlarge the sanctuary to accommodate growing attendance.

But the concerns kept surfacing. Pastor Frank’s administrative assistant, Susan, reported to Alice that she often smelled alcohol on Frank’s breath when he returned from lunch. And Frank’s sermons, previously well organized, became rambling discourses that made less and less sense. Staff members began to talk openly with each other about their concerns. Over coffee one morning, they agreed that Alice and Susan should request a meeting with Alan, the chair of the personnel committee, to share their concerns about Frank’s behavior.

When Alan finished listening to Alice and Susan he had no idea what to do. He could convene the Personnel Committee, but since Frank insisted on being present at every meeting, he couldn’t imagine processing the concerns in that setting. With Frank chairing every board meeting, it seemed impossible to have a useful conversation there.

Alan therefore took the only step that seemed reasonable to him: he resigned as chair of the Personnel Committee.

This fictional account draws on three congregations with which I consulted more than a decade ago, each of which shared three common themes:

In each case, I was invited in to work at healing and reconciliation after significant membership losses because of these failures of leadership, structure, and congregational culture.

While it may not be possible for congregations to prevent a leader from spinning out of control, there are three steps that a congregation can take to reduce the likelihood of such a spinout doing lasting damage to the congregation.

First, take great care and allow significant time in the hiring process. The maxim of “you can do it well or you can do it quickly” applies in every hiring process, and particularly for a significant leadership role. It often takes at least a full year to form a search committee, get clear about what is needed for the congregation, and conduct a thorough search and vetting process. The search committee’s enthusiasm about Pastor Frank’s “strong leadership style” led them to forego phone conversations with references that might have revealed warning signs.

Second, remember that every leadership role needs clarity about accountability. The more authority granted to a leadership role, the stronger the accountability structure needs to be. In the corporate sector there is increasing movement away from combining the roles of “CEO and Chairman of the Board,” and in the not-for-profit sector the roles of executive director and board chair are generally very distinct. For congregations, strong lay leadership is also an essential aspect of healthy governance, even if tradition requires that a clergyperson preside over board or council meetings.

Third, strive to create a culture of healthy and open communication where all staff and members feel comfortable sharing their concerns. This allows problems to be dealt with early—when they are smaller and more amenable to resolution. Secrets thrive when systems are fearful and accountability mechanisms are unclear. A culture of open communication and clear accountability mechanisms repels the viruses of fear and secrecy.

The First Community story has a happy ending, but it came only five years after Pastor Frank’s messy departure and the loss of a third of the congregation’s membership. Those who remained rebuilt the congregation based on shared governance, an open and respectful culture, and very careful search processes. After a two-year interim period and a slow rebuilding process, they are finally regaining their footing. They are determined to persist.