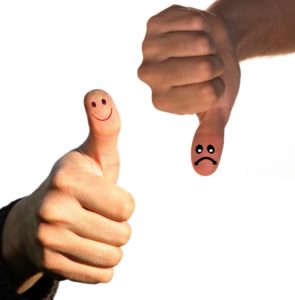 We live in an increasingly polarized age. Political polarization among the American electorate (and thus among those we elect) has risen dramatically. As I observed in my recent article on the deeper roots of our current conflicts regarding human sexuality, congregations and other faith-based organizations have not been immune to the balkanization of American politics and media. Indeed, some religious systems have become a battleground where the polarities within the broader society are starkly revealed.

There are three primary realities within highly polarized systems, all of which are discussed in Speed Leas’ classic treatise on the “five levels of conflict.” Polarization emerges at Level Four (“Fight/Flight”) and tends to produce a schism at Level Five (“Intractable”). When a congregation or other organization is polarized, we will see a range of predictable behaviors. In each case I first describe the conflict behavior and then offer guidance for those who have the wrenching duty of actually leading in such a polarized context.

First, when a system polarizes individuals retreat into discrete “affinity groups” that share common beliefs and values and tend to cut off relationships with those who don’t share their stance. Negotiation with other groups (and particularly “compromise”) is viewed as a “selling out” of the group’s basic principles. (Picture for example the “Freedom Caucus” that has emerged in the U.S. House of Representatives.) Any encounter with different opinions or perspectives is viewed in win/lose terms—and in very high level conflict may even be phrased in apocalyptic language. In Level Four conflict the goal is to overcome the opposition and (ideally) drive their members out of the system. In those rare conflicts that reach Level Five, the goal is to eliminate the “evildoers” altogether.

Second, the focus in high-level conflict shifts from “issues” to “personalities.” I’ve intervened in several dozen Level Four conflicts in congregations, and in nearly every case the pastor/priest/rabbi had become the “identified patient”—at least for a significant group within the congregation. Whatever issues might have predominated the discussion at earlier levels have by Level Four generally devolved into ad hominem attacks. The maxim of principled negotiation (to be “hard on issues, but soft on people”) is either ignored or trampled by combatants at Levels Four or Five—simply because they have personalized the conflict. We may still fuss about “the issues” at these higher levels of conflict, but at a more profound level we have by then imprinted the face of the enemy.

Third, any information that does not support one’s “position” is either ignored or discredited. Although it’s easy to see this operating in the public sphere (“The story was on MSNBC/Fox News so I know it’s fiction!”), but it happens just as clearly in individual congregations and religious systems. This is why simply assembling people for “dialogue” in highly conflicted systems is at best unproductive and at worst harmful. By Levels Four and Five it doesn’t matter to the combatants what is being communicated so much as who is communicating. The plaintive call for “more information” or “better education on the issues” is understandable but also unproductive at these high levels of conflict. The brain seems unable to receive information from an individual or group it knows to be “the enemy,” and it dismisses information that contradicts strongly-held beliefs regardless of the source.

So how can leaders possibly guide a congregation or organization into a positive future when it is highly polarized or at risk of becoming so? Here are three suggestions from leaders whose behavior I’ve observed to be effective in Level Four or lower conflicts (but note that Leas recommends simply “separating the parties” at Level Five, in order to allow a cooling off period).

Engage conflict when it emerges, not just after it erupts. As conflict emerges in a congregation or other system, conflict-savvy leaders move towards it (when it’s small) rather than avoid it and allow the conflict to grow larger. They do this in two ways. First, by inviting disagreement—by encouraging members of the system to come to them directly when they have a concern. Second, such leaders take the initiative to approach others (rather than avoid them) when they sense a strained relationship, and encourage others to do the same. They don’t allow themselves to be triangled into others’ disputes. Rather, these leaders model direct engagement and encourage others to do likewise.

Learn to “Manage Polarities,” not just “Resolve Conflicts.” When a system polarizes, it’s often because the two ends of the spectrum are unable to hold together competing truths or realities. A classic example at the local and societal level is the ongoing battle between those who advocate for “individual freedom!” and those who call for “community responsibility!” These are essentially expressions of the fundamental human needs for both autonomy and affiliation. As Barry Johnson points out in Polarity Management: Identifying and Managing Unsolvable Problems, the challenge is not to “resolve the conflict” between these two perspectives but to “manage the polarities” that exist within the system. In my experience, the group best able to do so lies in the “critical middle”—those individuals in the system who embrace both ends of this artificial dichotomy and are able to receive the “truth” that each end of the spectrum is advancing.

Remember that as Goes the Leadership, so Goes the Organization. After several decades of consulting with congregations and other religious organizations, I can now predict (with about 90% accuracy) which systems will “split” and which will “stay together” when confronted with high-level conflict. If those in leadership—both ordained and non-ordained—are able to remain in at least a respectful co-existence the likelihood of a genuine schism is remarkably low. If, however, the leadership group itself polarizes and then splits the system will almost always do likewise. “A house divided itself cannot stand”—and particularly when the parental figures model highly toxic conflict behaviors.

We live in an increasingly polarized (and anxious) age. But those in leadership roles, whether ordained or not, have significant influence over how their systems experience the broader societal polarization. If they are able to engage conflict when it emerges, learn to manage the inevitable polarities of human systems, and commit to respectful cooperation as a leadership group—the likelihood of internal conflict even reaching Level Four is significantly reduced. And if conflict does reach Level Four, the losses that are experienced will be minimized (but never eliminated).

We live in an increasingly polarized society where many public leaders model highly dysfunctional conflict behavior. But as leaders in faith-based systems, we can choose instead to manage our polarities on the basis of our deepest beliefs and values—including the importance of sustained relationships.

[box]David Brubaker has consulted on organizational development and conflict transformation in the U.S. and in a dozen other countries. He is the author of Promise and Peril, an Alban book on managing change and conflict in congregations. David holds a Ph.D. from the University of Arizona and an MBA from Eastern University. David is currently an associate professor of organizational studies at Eastern Mennonite University. email David[/box]