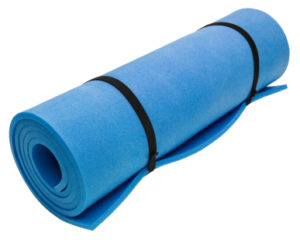 In ancient times in Israel, the Pool of Bethesda was believed to have unique healing power, at least at certain seasons when an angel came and “stirred the water.” One time the rabbi Jesus encountered a man who “had been an invalid for 38 years,” but who had no one to help him into the pool. Jesus asked the man if he wanted to be well, and when the man responded affirmatively Jesus instructed him to “Get up! Pick up your mat and walk.”

Congregations often need the same instruction. When it comes to making major decisions, we often encourage congregational leaders to slow down, plan a careful process, and follow it carefully. But there are times when process paralyzes, and what is most needed is a clear and timely decision.

For major decisions such as whether to undertake a building process, congregations often take a year or two to consult with members, conduct a feasibility study, and make a final decision to proceed. Judicatories and denominational bodies, with a greater number of participant and interests, may take three to five years to come to agreement on a major change, such as a revised theological understanding of ordination.

Slow Process Can be Costly

But stretching out a decision-making process beyond these limits can carry a high cost, as conflict and uncertainty sap the institution’s soul. After 33 years of debate, the Presbyterian Church (USA) finally decided in 2011 to ordain LGBTQ clergy. In the meantime, the PCUSA membership plummeted from 3.1 million in 1984 to 1.6 million members in 2015, nearly a 50% decline. No other Protestant denomination took so long to deliberate the question of ordination—or lost so many members.

The very different experience of the Episcopal Church in the U.S. is instructive. The Episcopal Church ordained its first openly gay priest in 1989 and the first openly gay bishop in 2003, second in time only to the United Church of Christ among mainline Protestant denominations. While these decisions generated conflict in the worldwide Anglican community, the membership losses in the American church were considerably less than among their Presbyterian neighbors. Between 1984 and 2015, the Episcopal Church (USA) dropped from about 2.5 million to 1.8 million—a decline of 28%.

Why did the Presbyterians experience nearly twice the membership decline as the Episcopalians during the same three decades? The reasons for decline (or growth) in any religious system are always multi-factorial, and we can’t assume that the prolonged debates in the Presbyterian Church (USA) were the only or even primary cause of the church’s membership decline. Yet the cost of delaying a major decision can be crippling, as congregational or organizational members tire of endless debates and conflict and choose instead to opt out.

Delay is a tactic of slowing down a decision-making process in order to maintain the status quo. It is employed mainly by parties involved in difficult public policy disputes (though it can be used in other contexts) who do not want changes made. If a group is part of the decision-making process but does not want change, the slower the process, the better. If they do not have a say in the design of the process, then they can deliberately delay it by stalling on their involvement.

What strategies are available to congregational and organizational leaders to avoid excessive delay and sabotage of deliberation and decision-making processes? The six I believe are most effective are these:

Data gathered in the information-gathering phase of the process can help to remind leaders and others of the actual distribution of opinions, albeit sometimes leaders have to make decisions without the advantage of broad consultation.

Major decision-making challenges occur in the life of every congregation. Disagreement and delays are inevitable. But leaders who plan a clear process, consult broadly, anticipate opposition, and adhere to their agreed-upon timetable for making the decision are highly likely to reach their destination with their systems intact. But leaders who react to opposition by repeatedly delaying a final decision invite more opposition, and, ultimately, a failed decision-making process.