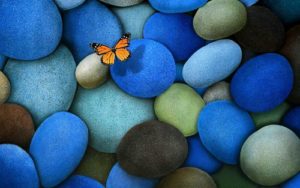 In the last 50 years, much of our new understanding of congregational life emerged from the social sciences, while less attention has been given to the spirituality of congregations and their leaders.

But some questions remain stubbornly unanswered. Why can some leaders provide principled leadership for decades while others succumb to ethical lapses? Why are some congregations resilient in the face of setbacks while others fail to bounce back?

In The Hidden Lives of Congregations, Israel Galindo proposes a typology of congregational spirituality through six “spirituality styles” that collectively characterize the wide variety of congregational spiritual expressions. These are Cognitive, Affective, Pilgrim, Mystic, Servant, and Crusader. (The “Crusader” style might be better described as the “Activist” congregation, focused on social change at the community or national level.) Within my own community of Harrisonburg, Virginia, I was quickly able to identify six local congregations that exemplified each of these styles.

Just as every congregation exhibits a spirituality, so does each individual member. The spirituality of those in leadership roles sets a tone that permeates the congregation.

While individual spirituality may be immune to measurement, it can be sensed and intuited. That we sometimes describe a person as “deeply spiritual” suggests that we intuit something about the person that we can’t fully describe but of which we are still aware. And just as a congregation’s spirituality is inseparable from its identity, an individual’s spirituality is linked with his or her character.

Spirituality is expressed through practices and communicated through story. Spiritual practices sustain and expand the spirituality of both individuals and congregations. Such practices may include prayer, meditation, silence, fasting, reading sacred texts, service, and singing or chanting. Such spirituality, when tended and nourished, is a powerful antidote to intrapersonal breakdown and interpersonal conflict and division.

Spirituality, then, is at the heart of a faith community’s identity and of each member’s character. But how might a congregation or individual grow spiritually? According to Richard Rohr in Falling Upward, “Mature spirituality has invariably insisted on soul friends, gurus, confessors, masters and spiritual directors for individuals, and prophets and truth speakers for groups and institutions.” (p. 157)

In other words, individuals such as leaders need a spiritual guide or coach while congregations and institutions need spiritual prods such as prophets and advocates. Just as individuals desiring spiritual growth must be proactive in seeking out spiritual directors or coaches, institutions seeking growth will embrace their sharpest critics and prophets. This runs counter to the instincts of many congregational leaders, who desire peace and harmony and naturally move to marginalize or expel those who are perceived as threatening the unity of the group. Yet growth of any kind, and particularly spiritual growth, occurs not in calm waters but in choppy seas.

Again quoting Richard Rohr: “Failure and suffering are the great equalizers and levelers among humans. Success is just the opposite. Communities and community can form around suffering much more than around how wonderful or superior we are. Just compare the real commitment to one another, to the world, and to truth in ‘happy clappy religion’ with the deep solidarity of families at the time of a tragic death or among hospice workers and their clients.” (p. 158)

Thus we arrive at the deepest paradox of spiritual growth. It is produced most profoundly in times of suffering and loss—the eventual common lot of all human beings and human institutions. When acknowledged and embraced rather than denied and shunned, times of suffering shape individual character and institutional identity. It is that character and identity that then fortifies resilient individuals and congregations who exhibit the deep spirituality forged in the reality of life’s unpredictable currents.

[box]David Brubaker has consulted on organizational development and conflict transformation in the U.S. and in a dozen other countries. He is the author of Promise and Peril, an Alban book on managing change and conflict in congregations. David holds a PhD from the University of Arizona and an MBA from Eastern University, and teaches organizational studies as an associate professor at Eastern Mennonite University. email David[/box]