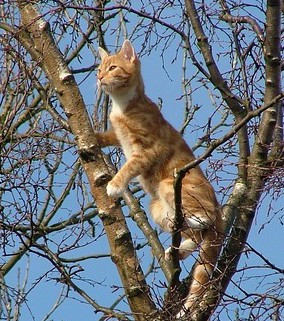 Many congregations are stuck. Despite their members’ sacrifices and love, they just don’t seem to change. The same problems—building issues, financial problems, the same group doing all the work—seem impossible to solve. The intractable nature of these problems sucks the joy out of ministry. What should be energizing becomes energy-draining. What should put wind in the sails of members’ lives becomes a drag.

I am profoundly moved by the commitment members bring to congregations. They love their church families. They make significant sacrifices of time and money to keep their congregations moving forward. They have abiding faith that God is going to do something good in and through them. We owe it to them to do our best to remove the obstacles that stand in the way of congregational health.

As I work with congregations of various denominations, sizes, and parts of the country, I find a core of recurring, common problems causing congregations to remain stuck rather than moving forward. They are:

Twentieth-century governance systems that don’t work in the twenty-first century. It is not unusual to see a 500-member congregation using essentially the same governance system it had in the 1950s, when it had 1500 members. Typically such congregations have multiple boards and five to ten committees. As soon as I walk in the door, they say, “We can’t fill all the slots on our boards and committees. Nobody wants to serve. It is very demoralizing.”

Yes, it is dispiriting. One way to solve the problem is to reduce dramatically the number of boards and committees. The trustees and governing council can be merged into one entity by electing the members of the governing council as trustees. Committees can be reduced to a couple, such as finance and personnel. Everything else can be done by small teams.

But it feels as though few congregations see downsizing their governance system as a possibility. I’m not sure why. It is a strategy Dan Hotchkiss highlighted in his widely-read book Governance and Ministry. We have been watching corporations downsize middle management for over a decade, but congregations retain governance systems from a different era. By retaining bloated 20th-century governance systems, congregations end up dumping too much energy into institutional maintenance at the expense of ministry in the community. Most Millennials want to be involved in community-oriented work, not church committees. Until we solve the governance issue, we are going to have trouble attracting them to our congregations.

Target demographics that haven’t changed much. We talk a lot about diversity, praising it as one of our key goals for the future. And yet, congregations made up predominately of Caucasians are still targeting, consciously or unconsciously, white folks as their members. Korean congregations are targeting Korean Americans, African Americans are targeting African Americans, etc. I see no strategies to create diversity. Younger generations appreciate and live daily with racial, ethnic, economic, and sexual-orientation diversity in their friendships and workplaces. Can churches survive as homogenous entities seeking to grow by attracting more people who look and think as they do? I don’t think so.

Worship that hasn’t changed much. I am not talking about moving from “traditional” to “contemporary” worship. Surveys of and conversations with members of younger generations reveal that they are not as concerned with the form of worship as the content. When they invest an hour on Sunday morning to worship, they want to walk away inspired, spiritually challenged and nurtured. And yet, our sermon illustrations sound pretty much like those from the end of the 20th century and we ask people to recite creeds containing theological affirmations the unchurched may not be ready to believe. This is not engaging worship.

One pastor who is having success growing a diverse congregation with many young people told me that she spends a lot of time in worship explaining what they are doing and why they are doing it. To me, that sounds like engaging worship. It respects the traditions of the church and explains to newcomers what is happening. Her sermons are more relevant than 90% of the stuff written online about this or that. What changes do we need to make in worship to engage those who gift us with their presence on Sunday morning?

Staff designs that are the same old, same old. We still tend to think of a full program size staff as a head of staff, associate pastor, Christian educator and music director. But does that design meet the needs of most 21st century congregations? I see some churches experimenting with a full-time communications director in place of one of the traditional staff positions. It is an experiment worth trying. I see other congregations rejecting the idea of a generalist as an associate pastor and looking for specific skills in administration, youth work or mission outreach. Staff positions are expensive; we need to make sure that our staffing design is aligned with our ministry purpose.

When new members joined Western Presbyterian Church in Washington, D.C., where I served for thirty years, I told them, “For the next year or so, I want you to tell me everything that seems strange to you. Most of us have been here so long that we no longer see it as strange. We need your new eyes to help us identify what needs to be explained or changed. I say a year or so because after that, you won’t see it either, because you will be assimilated into the system!” Most of the things we did that helped us change from a tiny congregation of senior citizens to a program-size congregation with two thirds of our members under the age of 45 came from comments by the new members, who opened our eyes to our organizational idiosyncrasies and dysfunctions. They helped us understand where we were stuck. Newcomers can do the same for every congregation.

John Wimberly is the author of the new Alban book Mobilizing Congregations: How Teams Can Motivate Members and Get Things Done. He consults with congregations on issues such as the creation and implementation of strategic plans, congregational growth and the empowering use of endowments. John served congregations for 38 years, thirty of them at Western Presbyterian Church in Washington, DC. His quest for continuing personal, spiritual and professional growth led John to complete a PhD in systematic theology and an Executive MBA program.