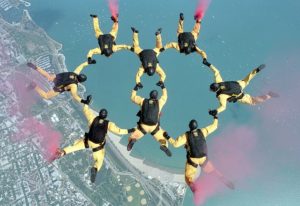 As an advocate for using teams to carry out the work of a congregation and for eliminating as many committees as possible, I often get phone calls like this: “John, we read your book and decided to move from a committee-driven to a team-driven organization. But it hasn’t gone smoothly!” If I or other advocates of teams created the impression that moving to teams is an easy transition, I apologize.

The change to teams is not easy, but it’s necessary. It’s not easy because congregations have relied on committees increasingly for a century or more. Long-time members are invested in the committee’s continued existence. Staff members who don’t understand their new relationship to teams, and instead continue their less-than-clear relationship they have had with committees.

The change to teams is necessary because teams are more flexible than committees for getting work done. They need fewer people to do the work (teams can usually be 3–7 people). Teams demand less time for staff to manage, and are younger generations’ preferred way of carrying out assignments.

Watching some congregations successfully move to a team-driven ministry while others struggle, I have reached several conclusions about how to make the process as smooth as any change process in a congregation can be:

Even when following these four recommendations, there will be bumps in the road that leads congregations from committees to teams. Change is difficult. This transition won’t be easy, but it is necessary. It will lead to higher performing congregations and less drain on the precious time of our volunteering members.

John Wimberly is the author of the new Alban book Mobilizing Congregations: How Teams Can Motivate Members and Get Things Done. He consults with congregations on issues such as the creation and implementation of strategic plans, congregational growth and the empowering use of endowments. John served congregations for 38 years, thirty of them at Western Presbyterian Church in Washington, DC. His quest for continuing personal, spiritual and professional growth led John to complete a PhD in systematic theology and an Executive MBA program.[/box]