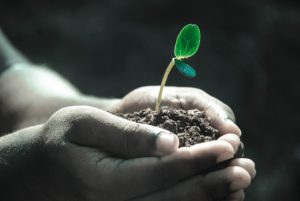 Congregations start nonprofit organizations for many worthwhile purposes: to feed the hungry, care for victims of domestic violence, care for and educate children, build health care facilities in distant corners of the world, and so much more. Starting a nonprofit often is the most effective way to carry out parts of the congregation’s mission. However, the relationship between a congregation and the nonprofits it creates can become a tangled mess quite quickly if they lack a clear contractual agreement.

One of the most compelling reasons congregations start nonprofits is to make it easier to get financial support from foundations, government, and the public. Many foundations and government agencies may not make financial contributions to religious congregations. Some individuals worry that if they give directly to a congregation, their money might be used for sectarian religious purposes rather than the charitable activity they want to support.

In my experience, to maximize community support for a nonprofit, the congregation needs to give up some control. The nonprofit can’t be a puppet of the congregation. It must have some true independence.

Getting it in writing

We can’t prevent the interests of the congregation and nonprofit from diverging. However, when it creates a nonprofit, leaders should clearly state their mutual responsibilities in a contract that is periodically reviewed and updated.

Crucially, the contract should address how conflicts will be resolved. A friend skilled in this area suggested the following two questions as needing attention: What “role conflicts” need to be managed—interlocking boards and staffs, tenant-landlord issues, etc.? What issues might need regular attention to maintain the health of the relationship? The contract should provide for the possibility that either party might decide to exit the relationship. If the nonprofit is truly independent, either party leaving is always a possibility.

I was recently asked what I would want to know about a nonprofit related to my congregation if I were on the congregation’s board. I said I would require the following:

I would want to know these things up front as the nonprofit is being created, and then periodically while the relationship continues.

John Wimberly is the author of the Alban book Mobilizing Congregations: How Teams Can Motivate Members and Get Things Done. He consults with congregations on issues such as the creation and implementation of strategic plans, congregational growth and the empowering use of endowments. John served congregations for 38 years, thirty of them at Western Presbyterian Church in Washington, DC. His quest for continuing personal, spiritual and professional growth led John to complete a PhD in systematic theology and an Executive MBA program.[/box]