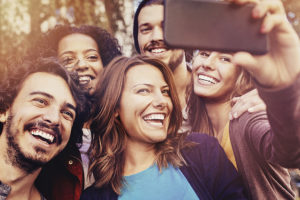 Most observers would agree that the campaign to keep Millennials out of our congregations has been nearly a complete success. Despite our best efforts, however, young adults occasionally are spotted in the pews. So we need to review the basics of our strategy. First, who are these Millennials? Second, what strategies have proven most effective at repelling them from our congregations?

The Millennial generation, also known as Generation Y, is difficult to pin down—at least in determining the years that it spans. For this article, I’m defining Millennials as those born between 1982 and 2000. That means the oldest Millennials are now in their mid-30’s and the youngest are still teenagers.

Since it’s also dubbed the “baby boom echo,” the Millennial generation is not surprisingly very large. In 2016 Millennials surpassed Baby Boomers as the largest generation in the country, numbering about 75 million. Their economic and voting power will also eventually surpass the long-dominant Baby Boom generation.

Despite their significant impact on nearly all aspects of American society, however, the one place that Millennials are least likely to be found (compared to other generations) is in our congregations. According to the Pew Research Center, “Millennials are much less likely than older Americans to pray or attend church regularly or to consider religion an important part of their lives.”

Researchers have identified multiple reasons for this stark decline in congregational affiliation, including a pervasive loss of trust in institutions. But there are reasons to believe that the public stance of some leading religious leaders on significant social and political issues is also successfully alienating many Millennials. The Millennial generation is by far the most diverse and tolerant in American history. Young people who have grown up alongside religious, sexual, and racial minorities are much less likely to “other” these groups than older generations have been.

My own experience consulting with congregations and surveying the relevant literature indicates that there are three surefire ways to alienate Millennials from our congregations:

Because of the diverse environments in which the great majority of millennials were raised, they tend to be comfortable with individuals of diverse religious, racial, and sexual orientations. For example, 73% of Millennials support same sex marriage, substantially higher than the bare majority support in the overall population. Millennials are also more comfortable interacting with religious minorities such as Muslims in their communities, And while racial prejudice among white Millennials persists, it does so at a lower level than in the Baby Boom generation.

Congregations that are viewed as practicing exclusion of racial and sexual minorities or of discriminating against other religious communities are likely to be avoided by most Millennials. As one 20-year-old starkly put it, “If you exclude gays and lesbians you might as well be ready for your (congregation) to die.” (Albeit it may linger for 20 or 30 years.)

Millennials were raised in a cultural environment that values scientific and medical advances, and in which medical professionals and scientists are ranked highest among the most respected professions. When religious and political leaders disparage these professionals and their research they are viewed by Millennials as far less credible than the scientists and doctors they are maligning.

One consequence of this reality is that congregations that are viewed as “anti-science” and that deny the scientific consensus on global climate change will be widely avoided by Millennials. Concern for the future health of the planet is a virtual article of faith among Millennials, who overwhelmingly agree that human-caused climate change is real.

While often portrayed as politically apathetic, the overwhelming response of Millennials to Bernie Sanders recent primary campaign demonstrates that Millennials can be politically motivated. More young people voted for Senator Sanders than for Hillary Clinton and Donald Trump combined.

But even though Millennials have proven capable of political activism, most have no desire to see one-sided political advocacy come into the congregation. As Jeremy Steele points out in his helpful article on issues that repel millennials from church, “when pastors break into the political side of things, millennials may disengage, often feeling that pastors are using their captive audience to further their own political perspective.”

This does not mean that we must avoid all discussion of important social issues in our congregations. As I urged in a Perspectives article prior to the election, we must practice “preaching our principles, not our politics.” Millennials are attracted to congregations that are engaged with their communities and the real people and issues that abide there. They have little tolerance, however, for partisan political activity in the context of the congregation. (The IRS shares this antipathy.)

The stark reality that many congregations in this country now face is that some of the very things that repel Millennials have proven attractive to older Baby Boomers and members of the Silent Generation (who still provide the bulk of congregational funding). Even though support for gay marriage among the Boomers and Silents has been increasing, for example, it is well below 50% for both generations. And climate change denial is much more pronounced among our elders than our youth. To keep Millennials away, all we have to do is keep up the good work we already are doing!

But for congregational leaders who envision Millennials as part of the congregation’s future, a different stance will be needed. I believe that the primary adaptive challenge for congregational leaders in the next decade will be to navigate the transition from positions established by the generations that are passing away (Baby Boomers and the Silent Generation) to the generations that are upcoming (Gen X and Millennials). Leaders will have to manage this transition in ways that are congruent with the deepest values and beliefs of their tradition. Fortunately, respect for the dignity of all human beings and care for God’s creation are two very well established principles in multiple religious traditions.

The old is passing away, albeit not without a fight (as we saw in our recent election cycle). The new is arriving, albeit not without losses (as many Millennials are simply giving up on organized religion). What we most need at this point in our fractured history are adaptive congregational leaders who can facilitate the transition in ways that respect the old while welcoming the new.